A congenial group of Berkshire Chapter cyclists enjoyed a leisurely 45-mile ride on quiet country roads along the Connecticut river.

The trip was led by Marvin Davenport, a bicycling trip leader-in-training, and co-led by Silvia Scott, who completed her bicycling trip leader qualifications in August. (Marvin is actually a highly qualified and experienced trip leader for the Chapter's Mountaineering Committee.) After the trip participants signed the required liability waiver and introduced themselves, Marvin provided an orientation to the planned route, discussed hand signals and road safety, and confirmed everyone had a bike in good working order and was ready to roll.

The group set off just after 9AM from the Connecticut River Rail Trail parking area by the Calvin Coolidge Bridge in Northampton, MA. Fall was very much in the air, and temperatures were in the low 50s, so everyone was dressed for cool weather riding. For the first several miles, the group followed the Norwottuck Rail Trail southeast, then shifted onto quiet residential streets. A clever route took the group through the Big-Y parking lot and onto Route 5 heading north. By now the group was warmed up and cruising nicely. The riders took a right off Route 5 to make their way via Elm Street to River Road in Hatfield.

The cruise north through Hatfield and Whately along River Road was delightful. Although many of the farmlands showed signs of recent harvest, there were still plenty of vegetables, cornfields and pumpkin patches to enjoy as the group rolled by. The group crossed Route 116 and continued north on River Road, passing prominent Mount Sugarloaf and fields of happy cows. Reaching the southern edge of Greenfield, the group crossed the Connecticut River via a rail trail bridge, then started the southerly return trip via Greenfield Road. At mile 27, the group reached the Montague Bookmill for a snack break. 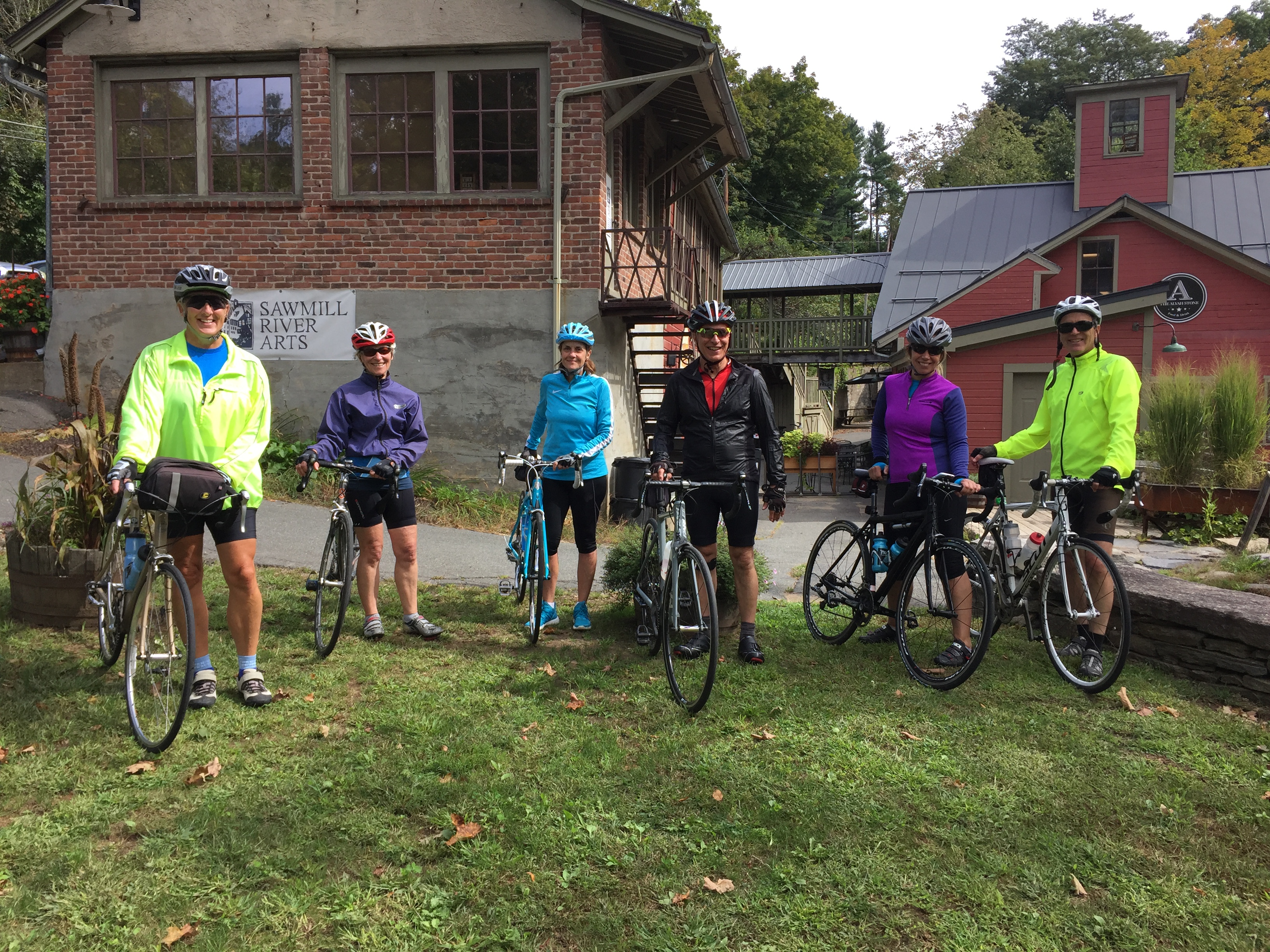 Refreshed and re-energized, the group continued south following the eastern shores of the river, passing Red Fire Farm and stopping to pay homage to the locally famous Buttonball Tree in Sunderland. From there, it was back over Route 116, and the group continued south on Route 47, eventually rejoining the Norwottuck Rail Trail and arriving back at the start point. At this point it was lunch time, and most of the group rendezvous'd for lunch at nearby Hillside Pizza.

Before the group parted, it was agreed that one member of the group -- Susan -- should win the honor of the day for "Best Dressed Cyclist." Congratulations Susan! You ride in style!! 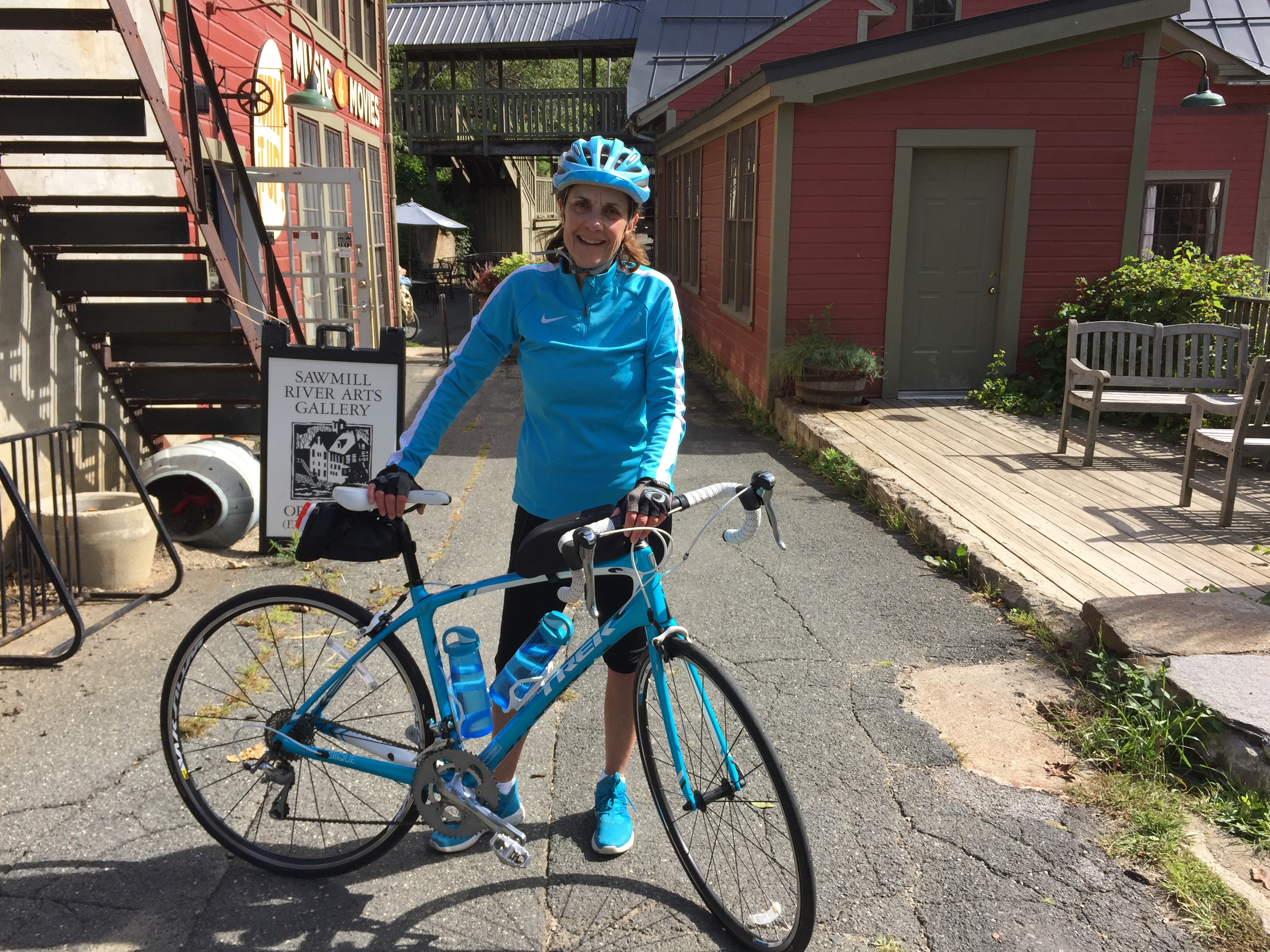